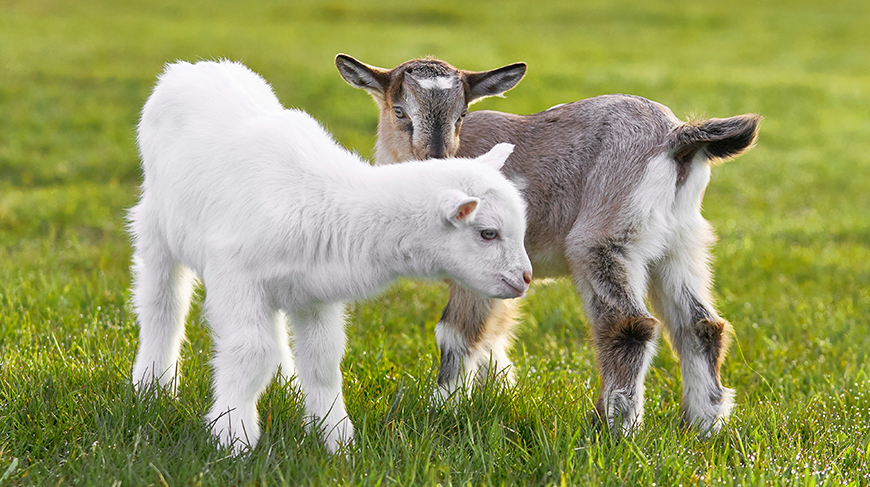 The History of Goat Milk and Its Skincare Benefits

Science and the skincare industry are finally recognizing what we—and cleopatra—have known for ages.

Now that the microbiome—the network of beneficial microbes that keep skin healthy—has the beauty biz abuzz, goat milk has become a hot ingredient. Instead of stripping skin of this living protective layer, goat milk nourishes it. As we’ve been preaching for well over a decade, goat milk has the same pH as human skin, exfoliates gently with lactic acid, and is rich in vitamins, minerals, and prebiotics. While anecdotal evidence of the stuff’s healing powers has been accumulating since the BC years, only now do we have the science to prove it. The team at Beekman 1802 recently submitted its goat milk, as a standalone ingredient, for rigorous clinical testing by the microbiologists at MyMicrobiomeAG, who certified it Microbiome Friendly. Below, some key moments in time that led up to this triumph.

51-30 BC
It’s said that renowned beauty Cleopatra, the Queen of Egypt from 51 to 30 BC, regularly bathed in goat milk to keep her skin soft, supple, and glowing. How influential was Cleopatra’s look? When she joined Julius Caesar in Rome for two years before his 44 BC assassination, local women copied her hairstyle in droves, essentially making it “The Rachel" of ancient times.

1500s
At some point during this century, Spanish missionaries introduced domesticated dairy goats to what is now the southwest United States. In the 1600s, English settlers brought the milkers to settlements in Jamestown, Virginia, and Plymouth Rock, Massachusetts.

Late 1500s
Elizabeth I, the Queen of England from 1558 to 1603, was also that era’s queen of fashion—famed for her daring sartorial extravagance.  Even today, the Elizabethan collar she popularized continues to exert influence on runways. Less well known? The fact that Elizabeth I enjoyed soaking in goat milk, as did her predecessor, Henry VIII’s sixth and last wife, Queen Catherine Parr, who reigned from 1543 until his death in 1547.

1700s
According to Beekman 1802 co-founder Dr. Brent Ridge, goat milk is the reason European milkmaids of yore gained a rep for complexion perfection. “It gave them that milk maiden glow,” he has said, “because goat milk offers gentle exfoliation in the form of natural lactic acid.”

2007
Shortly after purchasing a historic farm in Sharon Springs, New York, Brent and his life and business partner, Josh Kilmer-Purcell, received a note from a neighboring farmer in search of a home for his 80 dairy goats. That neighbor, John Hall (aka “Farmer John”), continues to manage the farm’s herd (now more than 150 heads strong) to this day.

2008
The Beekman 1802 brand was born amid the Great Recession. Upon losing their day jobs in New York City, Brent and Josh were forced to come up with a novel way to pay the mortgage on the farm. As Brent likes to say of the couple’s decision to start making and selling goat-milk soap and cheese, “When life gives you goat milk, you change the world.”

2016
“Goat Yoga” officially became a thing after Lainey Morse hosted a yoga class on her farm in Oregon’s Willamette Valley. The goats began walking amongst the mats, looking for attention, and the human participants were immediately charmed and relaxed. Anyone with access to the internet knows what happened next.

2019
The Washington Post declared that “dairy goats are having a moment” in America, citing the USDA’s Census of Agriculture, which recorded a 61 percent increase in the number of US dairy goats between 2007 and 2017—the highest rate of growth for any livestock group during that time period.

2020
Beekman 1802 launched a new skincare line, Clinically Kind®, that combines the brand’s signature ingredient—goat milk prebiotic, of course!—with milk postbiotic. Free of the harsh ingredients known to cause irritation, the formulas underwent rigorous clinical testing before launch to ensure that they’re both highly effective and safe for sensitive skin. This new line, carried at ULTA Beauty, called for more milk than the Beekman Farm’s own goats could provide, so Brent and Josh partnered with 20 family-owned farms across the United States—all certified humane.

2021
Goat milk becomes the first standalone ingredient to be certified Microbiome Friendly by MyMicrobiomeAG. The independent organization also certified eight of Beekman 1802’s star products, making them the first at ULTA Beauty (of more than 25,000 products by 500-plus brands) to receive this designation. In other words, rigorous scientific testing finally confirms what Cleopatra knew thousands of years ago!