Skip to content
Free Shipping and Pure Face Wipe Gift on orders over $50!
Free Skincare Consultations
Contact Us
< Back 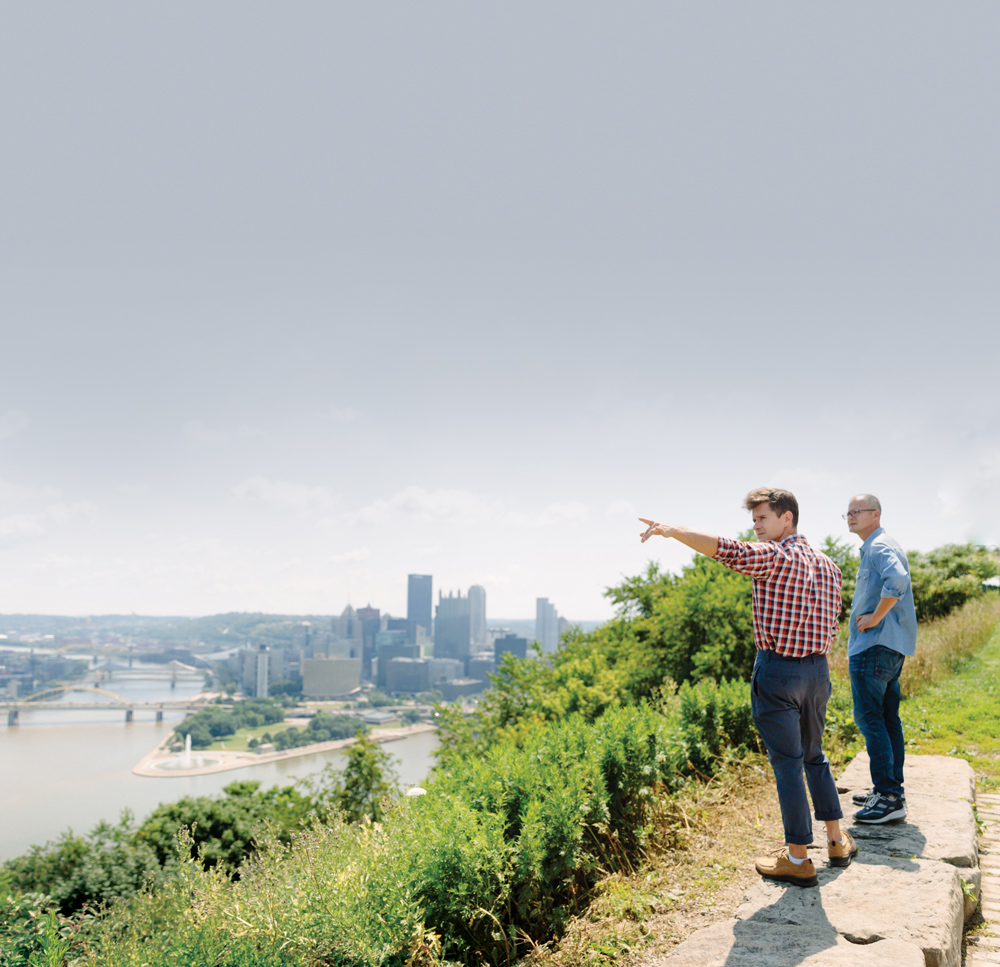 A Beautiful Day in Pennsylvania: Visiting the Home of Fred Rogers

When you build a company around an ethos of neighborliness, it doesn’t take long for the mind (and heart) to wander to thoughts of America’s most beloved neighbor, Fred Rogers. Josh and Brent recently took a trip to Pittsburgh and its environs, the home of the pioneering television host, minister, artist, composer, lecturer, and advocate for children the world over, to learn more about the man and his lasting legacy of kindness.

“We’ve realized over the years that our business philosophy is really a part of the Fred Rogers legacy. I grew up watching Mr. Rogers in Wisconsin, and even as a child, I remember how much I enjoyed the quietness of his approach,” recalls Josh. “He was kind and gentle, and such an influence for good.”

“He provided something the world needed then, and that we certainly need now,'' adds Brent. “He was America’s neighbor, and he made us all feel welcome and safe.”

In order to get the full Pennsylvania experience of Fred Rogers, Josh and Brent visited a litany of landmark sites. Read on for more details of their day in and around Pittsburgh, and be inspired to take your own trip to the Steel City to pay homage to this beloved figure of childhood wonder and open-armed warmth. Beautifully situated on the Ohio River on the North Shore of Pittsburgh is artist Robert Berks’ giant bronze statue of Fred Rogers, entitled A Tribute to Children. The statue stands at eleven feet tall and weighs 3.5 tons, and features Mr. Rogers in a seated position, as made famous in his television show “Mr. Rogers’ Neighborhood”. He sits smiling and tying his shoe, as he did in every episode of his landmark program, which aired for over 33 years on PBS. The statue was dedicated in 2009, and the location was chosen to commemorate Fred Rogers’ love of swimming, and the city of Pittsburgh. Every winter, a fan places a (very very large) red sweater over the statue to keep Mr. Rogers warm. It’s an idyllic place to take in the city views and this stunning homage to the man himself.

This interactive and immersive exhibit in the beautiful Heinz History Center is a must-visit for anyone who feels nostalgic for Fred Rogers’ pioneering children’s television program,  “Mister Rogers’ Neighborhood”. Here you can view the instantly recognizable living room set, King Friday’s castle, and original puppets among many other authentic set pieces. This is the largest collection of original items from the television show, and the first time they have been featured on long-term view for the public. The exhibit is well-curated with history and behind-the-scenes information about both Fred Rogers and the show. The Heinz History Center also features many other wonderful collections to take in during your visit. Don’t miss the “Rosie the Riveter” exhibit! Fred Rogers grew up in the town of Latrobe, Pennsylvania and considered it his first neighborhood. It is appropriate then, that local Benedictine liberal arts school Saint Vincent College is home to The Fred Rogers Center, and his official archives. This intimate and thoughtfully-curated exhibit invites the public to learn from the core values that made Fred Rogers so beloved the world over. The center is both a museum full of interesting behind-the-scenes information and a private educational facility for the scholarly study of Fred Rogers’ archives. The Fred Rogers Center is also a force for good in the community, and Fred’s wife, Joanne, is still actively involved in their many philanthropic initiatives.

Fred Rogers was an ordained Presbyterian minister and graduated from the Pittsburgh Theological Seminary in 1963. Latrobe Presbyterian Church is where Fred attended mass as a child. The beautiful grounds feature a lovely prayer garden, perfect for a quiet moment of reflection. Yet another touching artistic tribute to Fred Rogers sits in James H. Rogers Park, so named for Fred’s father, a pillar of the community in his day and generous public donor to the Pittsburgh environs. This statue features an incredibly detailed depiction of Mr. Rogers sitting on a bench, openly inviting you to join him. Installed in 2016, it was created by sculptor John Hair with the specific intent of conveying the warm welcome that Fred issued to neighbors everywhere.

Fred Rogers passed away in 2003. His funeral details had to be planned in great secrecy, as public interest was so great. Now you can come and pay your respects in Unity Cemetery, which offers a panoramic view of the foothills of the Allegheny Mountains. Fred Rogers is interred in a family mausoleum. Unity Chapel, which was restored by Fred’s father, is located on the grounds and features historical background information.